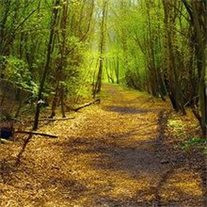 Rockwell Miles Mauler was born to Dr. George and Sue Mauler on February 28, 1970. He passed away unexpectedly on April 16, 2014, due to complications from a recent surgery. Rocky was very well known in the community of Cortland, following a severe head injury he sustained while trying to cross the road to get the mail on October 25, 1979. The Cortland community immediately rallied to his family and to his bedside. The community made sure he never spent a day alone in a hospital bed. Then Rocky spent the rest of his life giving back. Despite severe physical disabilities, he never lost his love of life and people. He started to work at the JM Murray Center and continued on at the Murray Center Day-Hab program. After Rocky's Father passed away, he moved into an ARC group home on MacGregor Street, and gained a second home and family. Rocky continued to pursue his childhood passion of becoming a firefighter, by becoming an honorary member of the Cortlandville Fire Department. He was also an advocate for the Americans with Disabilities Act, which included trips, letter writing campaigns, and meeting with several local business CEO's, including the CEO of Cortland Hospital. Rocky was a passionate Dallas Cowboy Football fan, and even attended a Cowboy game at Texas Stadium. Rockwell enjoyed the Arts and was a regular patron of Cortland Repertory Theater. He was once an honorary guest conductor at The Binghamton Pops Orchestra. His love of music lead to several concerts, one of his favorites being John Denver. Rockwell also went to Graceland to see the home of his favorite performer. He enjoyed bowling and participated in the Adaptive swimming program at SUNY Cortland. Before his accident, Rocky was an avid ice skater and loved playing hockey with his team. Rocky volunteered at local churches, fire departments and nursing homes. He was always quick with a smile, a hug and a kind word. Rockwell's life was greatly enhanced, fulfilled and blessed by the many caregivers who gave so much of themselves to Rocky over his life. For this, his family is forever and eternally grateful. Rocky is survived by his sister, Teri Mauler, of Groton, NY, his brother Christopher Mauler, (wife Amy, daughter Amanda), of Homer, NY, his sister Lisa Brown, (husband Dick, daughter Goodwin, son Grant), of Marietta GA, his uncle James Metzger (wife Lee), of Warren, VT. A Memorial Service will be celebrated on Saturday at 5 p.m. at Grace Episcopal Church , 13 Court St, Cortland, N.Y. with Rev. Peter Williams serving as celebrant. Burial in New Hope Cemetery will be at the families convenience. Calling Hours will be held on Saturday from 2:30-4:30 p.m. at Grace Church prior to services. A Celebration reception will be held in the church hall following the services. Contributions in Rocky's memory may be sent to Cortlandville Fire Department, 999 Rte. 13 Cortland, New York 13045 Arrangements are under the direction of Riccardi Funeral Home, Cortland, N.Y. Expressions of sympathy may be sent to the family by visiting www.riccardifuneralhome.com

Rockwell Miles Mauler was born to Dr. George and Sue Mauler on February 28, 1970. He passed away unexpectedly on April 16, 2014, due to complications from a recent surgery. Rocky was very well known in the community of Cortland, following a... View Obituary & Service Information

The family of Mr. Rockwell Miles Mauler created this Life Tributes page to make it easy to share your memories.

Rockwell Miles Mauler was born to Dr. George and Sue Mauler on...

Send flowers to the Mauler family.