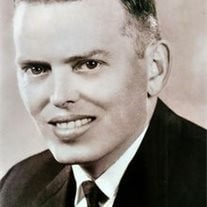 Ralph G. Race, 87, died at Cortland Regional Medical Center on July 9, 2017. He was the son of Harold and Carrie Lamb Race, and was born in Cortland on July 6, 1930. Ralph graduated from Cortland High School in 1949 and served on the USS Midway during the Korean War. While on the Midway he was baptized Catholic off La Spezia, Italy and was confirmed by the Spanish Archbishop on Palma de Mallorca. He and his beloved wife, Margaret Neugebauer were married at St. Mary's Church on August 9, 1952. Ralph was a journeyman electrician with the IBEW 43 for 68 years and served as business agent in Cortland for 10 years before they joined Syracuse. Ralph was also a member and past President of the Emerald Hose Co. and life member of the Cortland Fire Department. He was an usher for 50 years at St. Mary's Church. Ralph enjoyed cutting his sons' and friends' hair, hunting, playing chess, and was an avid racquetball player until he was 75. In the summer, he enjoyed swimming a mile everyday after work in Tully Lake. He always enjoyed when the family got together for birthdays and holidays. He is survived by his wife of 64 years and 11 months Margaret, his sister Marina (Lawrence) Twomey and his children Mary Lee Durant, Richard (Patricia) Race, Robert (Colleen) Race, Charles (Ann) Race, Nancy (Charles) Dalley, Carla (Michael) Shanahan, Kathleen (David) Lee, John (Kristen) Race. Ralph leaves 16 grandchildren: Steve Natoli and Kathryn Durant, Joseph, Marleah (Flanigan) and Patrick Race, Charles Jr. and Matthew Race, Clinton and Alexander Dalley, Joseph, Kurt and Nicholas Shanahan, Justin and Brian Lee, and Chelsea (MacKinnon) and John Thomas Race and 9 great-grandchildren. Ralph was predeceased by his youngest son R. Andrew in 2009 and his parents. Ralph always said he had a very good life because his chose a good wife. Calling hours will be held on Thursday from 4-6 p.m. In the Chapel of Riccardi Funeral Home 69 N. Main St. Cortland, N.Y. 13045 A Mass of Christian Burial will be celebrated on Friday at 10 a.m. at St. Mary's Roman Catholic Church. Prayers of committal will follow in St. Anthony's Catholic Cemetery, Groton, N.Y. In lieu of flowers donations can be made to: Alzheimer's Central New York Chapter, 441 West Kirkpatrick Street, Syracuse, NY 13204 or St. Mary's Church for the restoration of the Guardian Angel/Emerald Hose window. Condolences may be sent to the family by visiting www.riccardifuneralhome.com

Ralph G. Race, 87, died at Cortland Regional Medical Center on July 9, 2017. He was the son of Harold and Carrie Lamb Race, and was born in Cortland on July 6, 1930. Ralph graduated from Cortland High School in 1949 and served on the USS Midway... View Obituary & Service Information

The family of Mr. Ralph G. Race created this Life Tributes page to make it easy to share your memories.

Send flowers to the Race family.