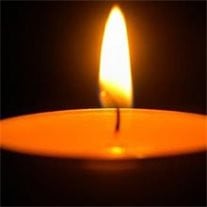 Philip deTura Clarke of Cortland passed away Tuesday June 3, 2014 at his home at the age of 92. Born February 12, 1922 in Scranton, Pennsylvania, Philip was the son of George Walter and Mercedes Rodriguez Clarke. George Clarke and his brother, Edward, established and ran Clarke Brothers in Scranton, which grew to become a small chain of over 20 retail stores in the Wyoming and Lackawanna valleys in the first decade of the Twentieth Century. In 1935, at the age of 13, Phil saw Herr Schicklgruber (Adolph Hitler's family name) at the Elephant Hotel in Weimar and in 1945, as a member of the 12th Armored Division's 56th Armored Infantry Battalion, and with four or five million other Americans, helped kill Hitler. Phil was a graduate of Beaumont College, Old Windsor, England and the University of Pennsylvania Wharton School of Business and Commerce., where he worked a 61 hour week to complete his sophomore year. Graduating in 1947, he went into merchandising and ended up, with the help of his beloved wife, establishing and running Clarke Brothers in Homer, N.Y. for 34 years, the last seven of which he was ably assisted by his son Milo. Phi was a communicant of St. Mary's Roman Catholic Church and traveled the country as a member of the 12th Armored Division Organization. Additionally, Phil will be remembered by many for his letters to the editor of the Cortland Standard over more than 40 years. He is survived by his wife Martha Cary Clarke and their children, Mary Margaret (Frank) Alverson of Jacksonville, FL, George Walter (Joan Heaney) of Brooklyn, Glen Cary (Carol Guingo) of Cortland, Milo Matthew (Mary Papalia) of St. Augustine, FL, Edward Rodriguez (Kumiko Takuma) of Kitakyushu, Japan, and Richard James (Yuki Katagishi) of Winter Park, FL. Phil was the proud grandpa of nine grandchildren and three great grandchildren. In addition to his parents, Phil was preceded in death by his brothers, George, Richard R. and Edward M. Clarke and a son, Philip Richard Clarke in 1997. A Mass of Christian Burial will be celebrated on Tuesday at 11. a.m. in St. Mary's Roman Catholic Church with Rev. Joseph Zareski serving as celebrant. Prayers of committal will follow in St. Mary's Catholic Cemetery. The Clarke family will be present to receive friends on Monday from 5-7 p.m. in the Riccardi Funeral Home Chapel, 69 N. Main St., Cortland. Those who wish to honor his memory in the form of a contribution are asked to consider St. Mary's Church, St. Mary's School or the American Cancer Society.

Philip deTura Clarke of Cortland passed away Tuesday June 3, 2014 at his home at the age of 92. Born February 12, 1922 in Scranton, Pennsylvania, Philip was the son of George Walter and Mercedes Rodriguez Clarke. George Clarke and his brother,... View Obituary & Service Information

The family of Mr. Philip deTura Clarke created this Life Tributes page to make it easy to share your memories.

Send flowers to the Clarke family.