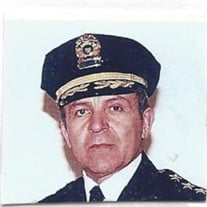 Philip A. Cinquanti, 85, of Cortlandville, passed away Saturday August 8, 2020 at his home. He was born November 23, 1934 in Cortland, the son of Rosini and Olivia (Camillo) Cinquanti. He was a lifelong resident of Cortland. Philip attended St. Mary's Parochial School and graduated from Cortland High School, class of 1952. He enjoyed sports and lettered In football, wrestling and track and was co-captain of the 1951 football and wrestling teams. He was nominated to the 1951 High School All American Football Team. Philip faithfully served his country during the Korean War in the u.S. Navy. He was honorably discharged in November 1955 with the rank of Petty Officer second class. In addition to being his seventeenth birthday, November 23, 1951 was one of the two most significant dates in his life. It was his first date with Sharon Sue Hollenbeck who would become the love of his life. They were seniors at CHS and the connection was immediate. It didn't take a second date. They married in 1955 and enjoyed nearly fifty years of loving devotion and friendship until he lost her to ALS in 2004. And now the eternal reunion commences. The second most significant date in his life was August 25, 1956, the birth of his beloved daughter Kim Ann. He loved her dearly and was always proud to be her dad. Philip was employed as a Journeyman Meat Cutter for Loblaw's and Grand Union grocery stores and as a salesman for Metropolitan Life Insurance until 1966 when he received his appointment as a Trooper in the New York State Police. During one assignment with the state police he served as a counselor and instructor at the NY State Police Academy training new troopers. He was promoted to Sergeant in 1972 and was the Station Commander of the Cortland station for several years until his appointment to the Bureau of Criminal Investigation. He served in troops K,D,C,F and the academy. In 1978 he was appointed the 17th Chief of Police of the city of Cortland. His career as chief spanned nearly nineteen years, and upon his retirement in 1997 he was the longest serving Chief of Police in the department's 100 year history, a milestone he was very proud of. In 1985 he was the co-recipient of the first SUNY Cortland College Community Service Award for his leadership in forging a close working relationship between the college and the city. Philip was a retired member of the NY State Association of Chiefs of Police ,the Central NY Association of Chiefs of Police, the Retired Police Association of NY, the NY state Former Trooper's Association and former member of the International Association of Chief's of Police. He was a past member of the Cortland Rotary Club and the Salvation Army Board of Directors, a life member of the Cortland Elk's Lodge and a life member and past commander of the Cortland VFW. He was a communicant of St. Mary's Roman Catholic Church and had served on the parish council and as a Eucharistic Minister and Lector. He is survived by daughter; Kim(Robin)Hubbard of Cortland, granddaughters; Shannon (Ian) Andreas of Cortland and Jennifer (Nick) Lynch of Cortland, great grandchildren Dylan Benson, Brandon and Tyler Gavitt, Olivia Andreas and Connor and Hayden Lynch, nephew; Steve (Terri) Cinquanti of Homer and niece; Cheryl (Philip) Herman of New Jersey. Philip was predeceased by his beloved wife; Sharon, His mother and father, step- mother; Marguerite, brother; William and sister in law; Laura Cinquanti and step-brothers; Ray, Rex and Byron Miller. A Mass of Christian Burial will be celebrated on Friday at 10:30 a.m. in St. Mary's Roman Catholic Church with the Rev. Joseph Zareski serving as celebrant. Prayers of committal will follow in St. Mary's cemetery and will be private. The family will be present to receive friends on Thursday from 4-7 p.m. in the Chapel of Riccardi Funeral Home, 69 N. Main St., Cortland. Those wishing to honor Philip's memory in the form of a contribution are asked to consider St. Mary's Parochial School, 61 N. Main St., Cortland, 13045 or Caring Community Hospice of Cortland, 11 Kennedy Pkwy., Cortland, 13045. Condolences may also be sent to the family by visiting, www.riccardifuneralhome.com We will be following NY State Covid Guidelines at both the funeral home visitation and funeral mass in church. Masks must be worn at all times, social distancing practices will also be in place. During the funeral home visitation only a certain number of visitors will be allowed in the funeral home chapel at a time, so please be prepared to wait outside.

Philip A. Cinquanti, 85, of Cortlandville, passed away Saturday August 8, 2020 at his home. He was born November 23, 1934 in Cortland, the son of Rosini and Olivia (Camillo) Cinquanti. He was a lifelong resident of Cortland. Philip attended... View Obituary & Service Information

The family of Mr. Philip A. Cinquanti created this Life Tributes page to make it easy to share your memories.

Send flowers to the Cinquanti family.