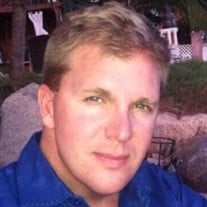 Patrick Gavin Duffy, beloved husband, father, son, brother, uncle, cousin and friend, passed away unexpectedly on June 16. He was 42. Formerly of Cortland, NY, Patrick lived in Basking Ridge, NJ, with his wife Dawn (Kennedy) and sons Justin and Matthew. He was a Managing Director of Network Building & Consulting, a wireless telecommunications company. Patrick worked for NB&C for 13 years. Patrick was born September 3, 1975, to Barbara Macner Duffy and the late Gerald M. Duffy. He attended St. Mary’s Elementary School and graduated from Cortland High School in 1993. Patrick was an exceptional student and athlete. He attended the US Military Academy at West Point and was part of their lacrosse program, graduating in 1998. He entered the US Army after graduation as a 2nd Lieutenant and was stationed at Fort Bliss in El Paso, Texas. He ended his active military career with the rank of 1st Lieutenant at Fort Drum in Jefferson, NY. Together since 2003, he married Dawn Kennedy on September 7, 2012, at the West Point Cadet Chapel. He was the most loving, caring and selfless husband and father. He enjoyed traveling with his family, Banff in Canada was his favorite vacation destination, watching the NY Rangers & Yankees, talking long walks with Dawn every day and cheering for Justin and Matthew as they played hockey and baseball. Patrick was known for his good nature, sense of humor, kind spirit, generosity, gregariousness, success in whatever he set his mind to and hip swaying Elvis Presley impersonations. At work, NB&C colleagues were inspired by his focus and determination, work ethic and performance. Patrick was a top performer at NB&C during his entire tenure at the company, culminating in his recent promotion to Managing Director. In addition to his mother, Patrick leaves behind his wife; Dawn, children; Justin and Mathew, sisters; Shelley (Scott) Steve and Tricia (Patrick) Ball, brother; Steve (Anne Marie) Duffy; nieces; Kerry Steve, Annie Steve, Molly Steve, Lindsay Ball, Abbey Ball and Kayley Duffy; nephews; Sean Steve, Daniel Steve, Brendan Ball and Connor Duffy; and numerous cousins and friends. A Mass of Christian Burial will be celebrated on Friday, June 22, at 11 a.m. in St. Mary’s Roman Catholic Church, 48 N. Main St., Cortland, N.Y. with Rev. Joseph Zareski serving as celebrant. Visitors please assemble at the church. Prayers of committal will follow in St. Mary’s Catholic Cemetery. There will be a reception to celebrate Patrick’s life and spirit following the service at the Center for the Arts at 72 S Main St, Homer, NY. In lieu of flowers, please consider a donation to American Cancer Society in Patrick's name. Arrangements are under the direction of Riccardi Funeral Home 69 N. Main St. Cortland, N.Y. 13045 Condolences may be sent to the family by visiting www.riccardifuneralhome.com

The family of Mr. Patrick Gavin Duffy created this Life Tributes page to make it easy to share your memories.

Send flowers to the Duffy family.