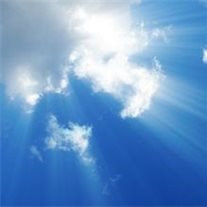 Mary A."Casey" Haley of Cortland died on November 4, 2011 at the Cortland Park Rehabilitation and Nursing Center at the age of 81. Mrs. Haley was the daughter of the late Norbert and Mary Stevenson of Lockport, N.Y., where she was born and grew up. She was the wife of Norbert W. Haley who is the retired director of college relations and development at SUNY Cortland. Married for 59 years, they were Yong St. residents in Cortland for 45 years. Mrs. Haley, who was known as "Casey" by family and friends, was a graduate of St. Joseph's Academy in Lockport and Sisters of Charity School of Nursing in Buffalo. She was a registered nurse for many years and worked at Cortland Regional Medical Center before serving 17 years as the school nurse at Hartnett Elementary School in Truxton., and she was a communicant of St. Mary's Church in Cortland. In addition to her husband, surviving relatives include a son, Timothy N. (Mary) Haley of Tully, and a daughter, Patricia A. (Timothy) Stuart of Clifton Park, N.Y. Mrs. Haley's oldest daughter, Catherine M. Niese, predeceased her in 1979. Mrs. Haley was one of five sisters including Eileen Stevenson of Lockport, three sisters predeceased Mrs. Haley; Sally Meincke, Nina Hawkins and Donna Covert all of Lockport. Mrs. Haley had five grandchildren, Michael Haley of Palm Beach, Florida, Daniel Haley (Kelly) of Goldsboro, N. Carolina, Robert Haley of Hyannis Port, Massachusetts, and Kaitlyn and Michael Ross of Clifton Park, N.Y. A Mass of Christian Burial will be celebrated on Thursday at 11 a.m. in St. Mary's Roman Catholic Church with Rev. Lucian Urbaniak serving as celebrant. Prayers of committal will follow in St. Mary's Catholic Cemetery. The family will be present to receive friends on Wednesday from 4-6 p.m. in the Chapel of Riccardi Funeral Home 69 N. Main St. Cortland. Contributions in Mrs. Haley's memory may be made to the Cortland County S.P.C.A. McLean Rd., Cortland, N.Y. 13045

Mary A."Casey" Haley of Cortland died on November 4, 2011 at the Cortland Park Rehabilitation and Nursing Center at the age of 81. Mrs. Haley was the daughter of the late Norbert and Mary Stevenson of Lockport, N.Y., where she was born and... View Obituary & Service Information

The family of Mrs. Mary A. "Casey" Haley created this Life Tributes page to make it easy to share your memories.