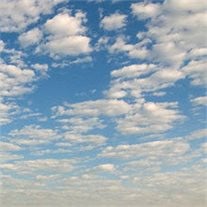 Mario Venturini, 75, of Cortland, New York, beloved husband and father, passed away Friday, December 12, 2014, at home. Born March 5, 1939, in the Tuscany region of Italy, Mario was the son of Edane and Ada Regi Venturini. In 1950 Mario came to the United States with his brothers and sisters on board the ship Saturnia. They arrived in New York City and from there went to western Pennsylvania, where they settled with their mother Ada and stepfather Giacomo Lombardi. After graduating from high school in Heilwood, Pennsylvania, Mario attended Indiana University of Pennsylvania, where he received a Bachelor's Degree in Art Education. Mario then accepted a position at Groton Central School, where he enjoyed a successful career as an Art teacher from 1962 until his retirement in 1996. While teaching in Groton, Mario founded a very popular annual student art show and Italian dinner. His students will remember him as a dedicated and wonderful teacher who nurtured them with kindness, patience, and humor and inspired them with his talent and generous heart. Mario was very active within the community, where he was well-known as a local artist and as a gourmet Italian cook. He was also active throughout his life in both St. Mary's Roman Catholic Church and St. Anthony of Padua Roman Catholic Church, both in Cortland. Here, his artistic talent was demonstrated by his design and creation of the banners of each region of Italy, which are still used and displayed annually during the St. Anthony's Day Festival. In addition, he also made the banner for Lent as well as altar cloths used in St. Anthony's Church on Easter and St. Anthony's Day. He is survived by his wife of 42 years, Patti Bale Venturini of Cortland, and two sons, Stephen Alessandro Venturini and wife Rowena of Montréal, Québec, and Justin Daniel Venturini of Cortland; two brothers, Antonio Venturini and wife Patricia of Evansville, Indiana, and George Lombardi of Alverda, Pennsylvania; two sisters, Alma Sgro of Indiana, Pennsylvania, and Anna May and husband Blaine of Greencastle, Pennsylvania; and two grandchildren, Sophia Isabelle Venturini and Matteo Christian Venturini, both of Montréal, and many nieces, nephews, and cousins. In addition to his parents, Mario was preceded in death by his brother Genesio Venturini. A Mass of Christian Burial will be celebrated on Wednesday, December 17, 2014, at 11 a.m. at St. Mary's Roman Catholic Church in Cortland, New York, with Rev. Joseph Zareski serving as celebrant. Prayers of committal, delayed until spring, will be at Hector Union Cemetery in Burdett, New York, at the convenience of the family. The Venturini family will be present to receive friends on Tuesday, December 16, 2014, from 5-7 p.m. in the Chapel of Riccardi Funeral Home at 69 N. Main St., Cortland, New York. Those who wish to honor Mario's memory in the form of a contribution are asked to please consider St. Jude Children's Research Hospital, 262 Danny Thomas Place, Memphis, Tennessee 38105. Condolences may also be sent to the family by visiting www.riccardifuneralhome.com.

The family of Mr. Mario Venturini created this Life Tributes page to make it easy to share your memories.

Send flowers to the Venturini family.