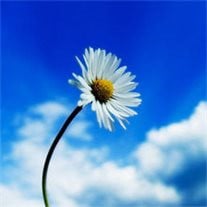 Mrs. Margaret V. Klejmont, 94, formerly of Long Beach, Long Island and most recently Cortland, N.Y., passed away on July 18, 2016 at the Veteran's Home in Oxford, N.Y. Margaret was born in Queens to Josephine and Martin Lang and resided in Long Beach for most of her life.She faithfully served her country during World War ll in the United States Navy. Margaret was extremely proud of her military service and had worked in the Radar Room and even had the opportunity to co-pilot a plane during her service. She was formerly employed by New York Telephone and retired after 40 years of service with Long Beach Memorial Hospital. Affectionately referred to as Nana by all who knew her, Margaret loved her family and possessed a great sense of humor. She was a lifetime member of the Rosary Altar Society in her home parish. Survivors include her children Carol Klejmont of Cortland, Frank (Peggy) Klejmont of Bend, Oregon, Margie (Manny) Lann of Cortland and Kenneth (Mary Tewell) Klejmont of Thurmont, Maryland, two sisters Bertha Walz of New Paltz and Rosemary Winter of Norwich, her grandchildren Brian (Staci) Lann, Kelly Lann, Kathleen Lann Powell, Ryan (Esther) Klejmont, Brett (Jennifer) Klejmont and Krysten Klejmont, her great grandchildren, Landon Powell, Addison Lann, Coen and Wesley Klejmont, and Kayla, Brett Jr. and Natalie Klejmont. Margaret was preceded in death by her husband, Henry Klejmont in 2006 and by her siblings Mildred Helmich and Martin Lang, Jr. Funeral services will be held on Wednesday July 27, 2016 at 5 p.m. in the Chapel of Riccardi Funeral Home 69 N. Main St., Cortland, N.Y. The family will be present to receive friends from 4 p.m.-5 p.m. in the funeral home chapel prior to services. Contributions in her memory may be made to Madison Cortland ARC 701 Lenox Ave. Oneida, N.Y. 13421Condolences may also be sent by visiting www.riccardifuneralhome.com

Mrs. Margaret V. Klejmont, 94, formerly of Long Beach, Long Island and most recently Cortland, N.Y., passed away on July 18, 2016 at the Veteran's Home in Oxford, N.Y. Margaret was born in Queens to Josephine and Martin Lang and resided in Long... View Obituary & Service Information

The family of Mrs. Margaret V. Klejmont created this Life Tributes page to make it easy to share your memories.

Send flowers to the Klejmont family.