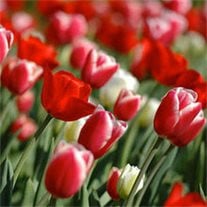 Mrs. Julia B. Kane, 88, of 20 Isabel Dr., Cortland, passed away at home on Friday September 8, 2017 after a brief illness. Born July 24, 1929 in Cortland, Julia was a daughter of Bombay and Susie Yacavone Tremacco, Julia was a communicant of St. Mary's Roman Catholic Church and a 1947 graduate of Cortland High School. She was formerly employed in the cafeteria at St. Mary's Parochial School for many years. Additionally,Julia worked at many other jobs that she always enjoyed, including; Payne Brothers, child care provider, The Shamrock, Cortland Country Club, Commando's Restaurant, Crescent Corset Co. and Sellco. Julia lost her husband at a young age but she possessed great strength and courage and persevered and raised two young daughters on her own. A devoted and loving mother and grandmother, she was proud of the many accomplishments of her daughters and two grandchildren. Julia was an avid S.U. fan and enjoyed watching the football and basketball games. She was a wonderful cook and was known for her homemade pizza, to this day people still ask about them. She also enjoyed trips to the Casinos with her sisters, those trips were very special to her. She is survived by two daughters; Colleen (Ken) Munro and Denise (Sandro) Mironti both of Cortland, her two grandchildren; Mallory Munro of Cambridge, Mass and James Mironti of Cortland., three sisters; Estherina Granato of Cortland, Dorothy Cute of Tennessee and Betty Thomas of Cortland and two sister in laws; Amy Kane and Shirley Kane both of Cortland and many nieces, nephews and cousins. In addition to her parents, Julia was preceded in death by her husband, James Kane in 1967 and sisters; Patricia and Frances Gamel on August 4, 2017. A Mass of Christian Burial will be celebrated on Wednesday at 11 a.m. in St. Mary's Roman Catholic Church with Rev. Joseph Zareski serving as celebrant. Prayers of committal will follow in St. Mary's Catholic Cemetery. The family will be present to receive friends on Tuesday from 4-7 p.m. In the Chapel of Riccardi Funeral Home 69 N. Main St., Cortland, N.Y. Those who choose to honor Julia in the form of a contribution are asked to consider, St. Mary's Parochial School 61 N. Main St. Cortland, N.Y. 13045. Condolences may also be sent to the family by visiting www.riccardifuneralhome.com

Mrs. Julia B. Kane, 88, of 20 Isabel Dr., Cortland, passed away at home on Friday September 8, 2017 after a brief illness. Born July 24, 1929 in Cortland, Julia was a daughter of Bombay and Susie Yacavone Tremacco, Julia was a communicant... View Obituary & Service Information

The family of Mrs. Julia B. Kane created this Life Tributes page to make it easy to share your memories.

Send flowers to the Kane family.