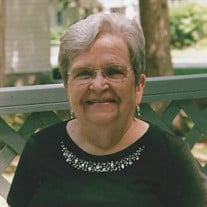 Mrs. Janet W. Christie, 84, of Cortland, N.Y., passed away at her home with her family by her side on Wednesday May 1, 2019 after a long battle with cancer. Born October 22, 1934 in Cortland, N.Y. Janet was a daughter of Albert and Helen Hornasky Widger and was an area resident most of her life. Janet was a graduate of S.U.N.Y. Cortland and had taught school for many years at St. Mary’s Parochial School, Randall Elementary and the Cincinnatus School District. She then went on to work for many years and retire from Cortland County as a supervisor in Child Protective Services. Janet was a communicant of St. Mary’s Catholic Church where she also served as a greeter. Additionally, Janet was also a member of the Catholic Daughters of The Americas Court # 919, Cortland. Janet enjoyed trips to the Turning Stone and playing cards with “The Girls” Survivors include; three daughters; Deborah Comito of New Hartford, Susan (Michael) Tinker of Mint Hill, N. Carolina and Laura Christie of Cortland, two sons; Bill Christie of New York, N.Y. and Robert Christie of Alexandria, Virginia.,a sister; Barbara Widger of Arizona., three grandchildren; Corinne Comito, Erin Tinker and Brian Tinker, two great grandchildren; Melanie Tinker and Rylee Tinker and several nieces, nephews and cousins. In addition to her parents; Janet was preceded in death by her husband; William Christie in 1999 and by a son; John Christie in 2000 and son in law; Anthony Comito in 2018. Janet’s family would like to thank the staff at Guthrie Cortland Medical Center Oncology Unit, Dr. Margaret Boufal and Hospicare of Cortland County for all they have done to care for their mother. A Mass of Christian Burial will be celebrated on Saturday at 10 a.m. in St. Mary’s Roman Catholic Church with Rev. Kenneth Kirkman serving as celebrant. Prayers of committal will follow on St. Mary’s Catholic Cemetery. The family will be present to receive friends on Friday from 6-8 p.m. in the Chapel of Riccardi Funeral Home 69 N. Main St. Cortland, N.Y. Contributions in Janet’s memory may be made to Hospice of Cortland County 11 Kennedy Parkway Cortland, N.Y. 13045 or Susan Komen Breast Cancer Research Dept. 41831 P.O. Box 650309 Dallas, Texas 75265

Mrs. Janet W. Christie, 84, of Cortland, N.Y., passed away at her home with her family by her side on Wednesday May 1, 2019 after a long battle with cancer. Born October 22, 1934 in Cortland, N.Y. Janet was a daughter of Albert and Helen Hornasky... View Obituary & Service Information

The family of Mrs. Janet W. Christie created this Life Tributes page to make it easy to share your memories.

Send flowers to the Christie family.