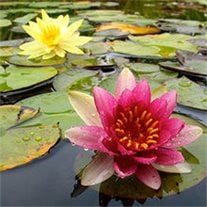 Mrs. Jacqueline D. Dintino, 82, of Cortland, passed away peacefully, Saturday, March 16, 2013 at the home of her daughter, Carla Faraoni, where she received loving care from Carla, Vince and Ariana for the last 5 1/2 years. Born, June 28, 1930 in Cortland, Jackie was the daughter of Thomas and Helen Johnston Davies and was a Cortland resident for most of her life. A 1948 graduate of Homer High School and 1982 graduate of TC3 with a Human Services Degree, Jackie was employed for many years as the manager of the snack bar at Cort-Lanes. She was an active member of the Republican Party for Cortland County for over 20 years and served as a committee woman representing the Fifth Ward. She was active in recruiting candidates that served the city and county, and worked tirelessly for local, state and federal candidates. She was honored by her peers in 1996 when she was elected Republican of the Year for Cortland County. Jackie loved her family, pets and friends; loved to dance, and was an avid card player. Additionally, she was a communicant of St. Anthony of Padua Roman Catholic Church. Survivors include, three sons, Michael (Debby) Dintino, Anthony (Patricia) Dintino and Patrick Dintino all of Cortland, three daughters, Carla (Vincent) Faraoni of Cortland, Jackie (Kevin) Cute of McGraw and Maria McGuinness (Phil LaMarre) of Virgil., a brother, Donald (Barbara) Davies of LaFayette, 17 grandchildren, 9 great grandchildren and 1 great great grandchild, a sister in law, Jackie Davies, and 2 step sisters, Mavis Kelley and Kathleen Steger, an aunt, Dorothy Brown and many nieces and nephews and cousins. Jackie was preceded in death by her husband, Pierino G. Dintino in 2003 and a son, Peter A. Dintino in 2011 and brothers, Thomas and Frederick "Ted" Davies., and a sister in law, Kaye Davies. A Mass of Christian Burial will be celebrated on Thursday, April 4, 2013 at 7 p.m. in St, Anthony of Padua Roman Catholic Church with Rev. Lucian Urbaniak, serving as celebrant. Prayers of committal will be at the convenience of family. There are no calling hours. Arrangements are under the direction of Riccardi Funeral Home 69 N. Main St., Cortland, N.Y. 13045. Condolences may be left for the family by visiting us at www.riccardifuneralhome.com

Mrs. Jacqueline D. Dintino, 82, of Cortland, passed away peacefully, Saturday, March 16, 2013 at the home of her daughter, Carla Faraoni, where she received loving care from Carla, Vince and Ariana for the last 5 1/2 years. Born, June 28, 1930... View Obituary & Service Information

The family of Mrs. Jacqueline D. Dintino created this Life Tributes page to make it easy to share your memories.

Send flowers to the Dintino family.