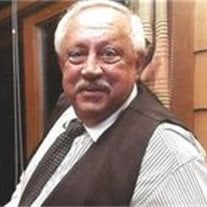 Gerald A. Coggi, Jr., 64, of 722 Bowling Green, Cortland, passed away Friday August 28, 2015 at his home after a 10 month long battle with cancer, surrounded by his family. "Cog" as he was known to everyone, spent his career in the restaurant business. First in Cortland then moving to New Hampshire, Massachusetts and Maine where he helped to open several restaurants; 300 Derby Street, The Millyard and F. Parker Reidy's. He and Kathy moved back to Cortland in 1978 and they were married. Together they purchased Dom's Grill, which they owned and operated for several years. He later co-owned several other restaurants; The Sirloin Saloon, Spanky's and Rascal's before becoming general manager of the Cortland Country Club. After retiring from the Country Club he was drawn back to the restaurant business where he worked part time at The Community, seeing old friends and neighbors. Coggi's larger than life personality, his sense of humor, quick wit and his ability to put people at ease, made him successful at what he did. Cog loved sitting out on his back deck, planting his garden and watching it grow. He also loved cooking Sunday dinners for his family as well as taking family vacations to Myrtle Beach where he enjoyed relaxing in the sun and trying new restaurants. He also looked forward to his outings with his brother in laws, including their weekly breakfasts. Cog is survived by his wife of 37 years; Kathy, and their three children; Nicole, Michael (Aisha) and Dustin, his sister; Shirley Tutino and nephew; Andrew (Audra) and nieces; Andrea (John) and Amy Tutino., his aunts; Gilda Bellardini, Grace Coggi, Ruby Yacovone and Phyllis Petrella and several cousins., sisters in law, Cheryl (Peter) Contento and Judi Wilkins, nephews and nieces, Paul (Liz) Contento, Carrie (Brendan) Rew, Tyler Wilkins and Becky (Aaron) Sprouse. He was preceded in death by his parents, Gerald and Anna Coggi, maternal and paternal grandparents, several aunts, uncles and a cousin., his mother in law and father in law, Josephine and Benjamin Robbins and his brother in law, Thomas Wilkins. The family will be present to receive friends and family from 2-5 p.m. Tuesday September 1, 2015 in the Chapel of Riccardi Funeral Home 69 N. Main St. Cortland, N.Y. A prayer service will follow at 5 p.m. with Rev. Joseph Zareski officiating. Contributions in Coggi's memory may be made to Hospicare of Cortland 11 Kennedy Parkway, Cortland, N.Y. 13045. Condolences may be sent to the family by visiting www.riccardifuneralhome.com As Cog always said, " Keep the faith."

Gerald A. Coggi, Jr., 64, of 722 Bowling Green, Cortland, passed away Friday August 28, 2015 at his home after a 10 month long battle with cancer, surrounded by his family. "Cog" as he was known to everyone, spent his career in the restaurant... View Obituary & Service Information

The family of Mr. Gerald A. Coggi, Jr. created this Life Tributes page to make it easy to share your memories.

Send flowers to the Coggi, family.