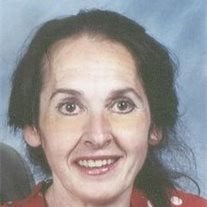 Mrs. Eileen A. Fiske, of Cortland passed away on July 2, 2017 at the age of 73, following a lengthy illness. Born in Cortland, July 29, 1943, Eileen was the daughter of John and Lina Zampino Gregg and was a Cortland resident her entire life. Eileen was awarded both Bachelor of Science and Master of Science Degrees in Education from S.U.N.Y. Cortland and was a teacher for many years in the Cortland and McGraw School Districts, as well as St. Mary's Parochial School. She was a communicant of St. Anthony of Padua Roman Catholic Church and a proud member for 31 years of the Catholic Daughters of The Americas Court # 919, Cortland. Eileen was a generous contributor to many charities and relief organizations, missions and cultural institutions, throughout her adult life. A dedicated educator, Eileen was beloved by her students, and was cited as an influence by several local high school valedictorians. Eileen was a loving wife, mother, daughter and grandmother. She enjoyed cooking and eating, gardening, and traveling the world with her husband. She had an irrepressible spirit, and was well-known for her spectacular Halloween costumes, decorated cookies, and love of animals. Eileen is survived by her husband of 50 years, William "Bill" Fiske, a son; Gregg (Joanna) Fiske of Homestead, Florida; a daughter; Jennie (Joe Infurnari) of Toronto, a sister, Juanita Cook of Cortland; grandchildren; Gregg and Giana Fiske and nephews; Jeff, Brian and Todd Cook. She was preceded in death by her parents, John and Lina. A Mass of Christian Burial will be celebrated on Saturday at 10 a.m. in St. Anthony's Church with Rev. Joseph Zareski serving as celebrant. Prayers of committal will follow in St. Mary's Catholic Cemetery. The family will be present to receive friends on Friday from 2-4 and 6-8 p.m. In St. Anthony's Church, on Pomeroy Street in Cortland. In addition there will be a luncheon and reception in St. Anthony's Church Hall following the interment. Condolences may be sent to the family by visiting www.riccardifuneralhome.com Arrangements are under the direction of Riccardi Funeral Home, Cortland, N.Y.

Mrs. Eileen A. Fiske, of Cortland passed away on July 2, 2017 at the age of 73, following a lengthy illness. Born in Cortland, July 29, 1943, Eileen was the daughter of John and Lina Zampino Gregg and was a Cortland resident her entire life. Eileen... View Obituary & Service Information

The family of Mrs. Eileen A. Fiske created this Life Tributes page to make it easy to share your memories.

Send flowers to the Fiske family.