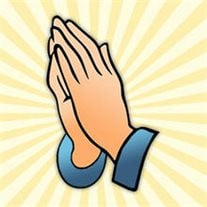 Mr. Bion John Manning, 105, of Cortland, passed away Sunday February 15, 2015 at Oak Hill Manor, Ithaca N.Y. Known as "B.J." to most, Bion John Manning was born near Spencer, New York on July 6, 1909 to Rufus George and Emma Brown Bliven Manning. The family lived on a small farm and his first business enterprise was raising chickens to produce eggs, the bulk of which were sent off to New York City by train. He graduated from Spencer High School in 1928, with 13 other classmates. His sister Grace Helen Foster died in 1966. He married Hazel Howell Manning on Thanksgiving Day 1936 at the Methodist parsonage in Groton N.Y. The couple spent many happy hours and miles riding on a Harley Davidson. The couple made their first home in Syracuse and later in Liverpool, N.Y. They moved to Cortland in 1949 where they remained for the rest of their marriage. They had three children; Nancy S. Manning of Aberdeenshire Scotland, Haven C. Manning who died in 1944 and Bion J. Manning, Jr. of Elkins, West Virginia. Hazel preceded him in death in 1964. He married Ruth Lord Manning in July 1966. Later in their retirement years, they moved to Walden Place in South Cortland. Ruth passed away in 2007. He attended Cortland Normal School studying physical education. Subsequently, he joined the Atlantic Refining Company in Syracuse N.Y. as a truck driver and later became a commissioned distributor for Atlantic Refining operating a bulk plant in Homer N.Y. He happily served many dairy farms that surrounded the Cortland area in the 1950 – 60's. The business was sold to Patch Bros. of Dryden, N.Y. and subsequently removed due to the I-81 Homer interchange placement. Over the years, he drove truck, retiring from A.R. Gundry Inc. of Syracuse N.Y. He had also worked briefly at carpentry. After he retired, he became a parking lot attendant at the Cortland Savings Bank and continued there for a quarter of a century, including the changeover to First Niagara. He became an iconic feature of the downtown scene making many acquaintances over the years at the parking lot. He was a member of the Homer Methodist Church. There will be no hours of visitation. A private committal will be held at a later date. Arrangements are under the direction of Riccardi Funeral Home, Cortland, N.Y. www.riccardifuneralhome.com

The family of Mr. Bion John Manning, Sr. created this Life Tributes page to make it easy to share your memories.