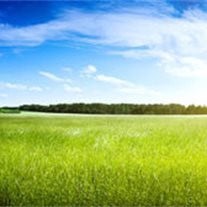 Arthur T. Edwards "Tom", of Owego St., Cortland, NY passed away Saturday, December 10, 2011 at Cortland Regional Medical Center at the age of 71. Born, March 4, 1940 in Cortland, Tom was the son of Charles M. and Mary Kathryn Haster Edwards. Tom graduated from Cortland High School in 1958 after graduation he started work at Smith-Corona where he was employed for 25 years. Most recently he was employed as a Master Antique Restorer for the J.M. Murray Center. Upon retiring Tom continued his love for woodworking in his workshop at home building furniture and clocks for many neighbors and family. Among his hobbies, Tom's love for the Adirondacks stood out. He looked forward to hunting and camping with his buddies and family as often as he could. Most recently he became an avid gardener growing tomatoes and a variety of peppers. Tom was happiest to supply his neighbors, family and local restaurants with his produce. His passion was to make life a little easier for whom ever he could, with whatever he had. He is survived by his daughters, Deborah Edwards Underwood (James) of Groton, Mary Edwards Haskell (Gary) of McGraw and his sons, Michael Edwards (Diane) of Cortland, Vincent Edwards of Willet and Thomas Edwards of Buffalo., 10 grandchildren and 13 great grandchildren. In addition to his parents, Tom was preceded in death by, brothers, John Edwards, James Edwards and a sister, Elizabeth Edwards Timpano and a Grandson, Jeremy James Underwood. Funeral services will be conducted on Friday at 11 a.m. in First United Methodist Church Rte. 222 Cortland, with Rev. Aaron Bouwens officiating. Burial will be held in St. Mary's Cemetery, Cortland, N.Y. at a later date. Arrangements are under the direction of Riccardi Funeral Home 69 N. Main St., Cortland, N.Y. www.riccardifuneralhome.com

The family of Mr. Arthur "Tom" Edwards created this Life Tributes page to make it easy to share your memories.

Send flowers to the Edwards family.